Default buttons are used for non-primary actions. If not sure which button type to choose from, the default button is always a safe bet.

Emphasize on "complete" or "recommend" action. There is at most one primary button per a button group.

Low emphasis and light-weight button type, such as actions in a table.

Provides supplementary meaning to the button.

Common button types could be used to showcase to different emphasis. 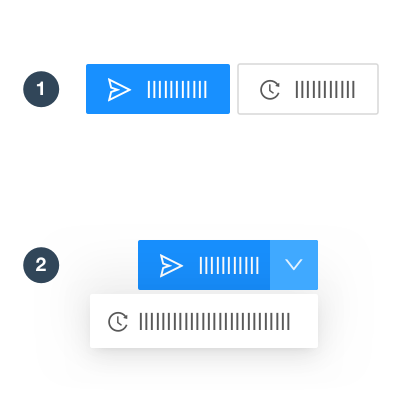 Do
1. Should place the buttons in the order of importance.
2. The less important actions should be place on right or at bottom.

Do
If user's intention is to delete, use danger button to warn this action has risks.

Do
When system does not recommend the deletion action, we could set 'Cancel' as the primary action.

Warns users that there are risks involved in the action.

Used in the dark or colored background.

Usually appeared alone and intend to used as a command. For example, it is used in the landing page or welcome banner. It could be as wide as its parent container. It is recommend to have just 1 "Call to Action" button in 1 screen.

How to Decide Button Placement?#

Page/Card/Section presents a subject, where it could be broken into 3 areas:#

Place buttons in different areas could have different meanings.

When to Put Buttons in the Footer?#

In short, footer's purpose is to have a separation from body.

Recommend to start from the reading flow, collapsed content should always be on the right.

How to Decide Button Ordering

Don't
When button group has no space in between, it is easy to confuse it with Toggle Button.

When multiple buttons form a group, align buttons in one line with spaces in between.

When there are too many buttons on the screen, we could group relevant buttons together and use similar design for that group. If one of the buttons is primary action, we could still use emphasis.

Collapse buttons in the order of importance 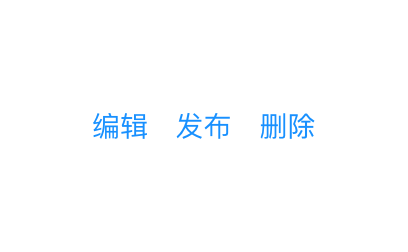 Don't
If buttons are in the same group, no need to add dividers between them.

Flat display of all the buttons: could separate different groups using space; or use divider to group similar buttons.

Don't
Should use verb

Labels should clearly indicate to users what would happen when buttons got clicked.

Ant Design use "OK / Cancel" as default label, but you could still use below methods to customize the label text: